So GAMSAT season is almost upon us and this year, GAMSAT Strategies will be running courses in December (see below) in both Brisbane and Melbourne as opposed to January.

A number of people have asked us why we are doing this so we thought we would outline the basic reasoning here so that everyone can understand where we are coming from.

How things used to be

Generally speaking, the GAMSAT 'season' as we have come to call it, began in earnest at the start of Semester 1 of the year that the candidate wished to sit the test. This meant that a candidate generally had about month or two prior to the test to try to prepare.

Last year, because we were still relatively new to the GAMSAT training scene, we kept with this trend and offered our courses in early January for fear of running too early. However, our firm view is that candidates need to start planning much earlier for the GAMSAT and as such, we have decided to run in December.

The benefits of running in December

The benefits of doing so are as follows:

Negatives of running in December

Most of the negatives are simply commercial concerns for us:

Our hope for the future

By running in December, our hope is that people will shift their mentality regarding preparation time for GAMSAT and such will achieve better results.

Everything is on our website but I have attached the posters below - sorry that they are so big but otherwise you can't read them! 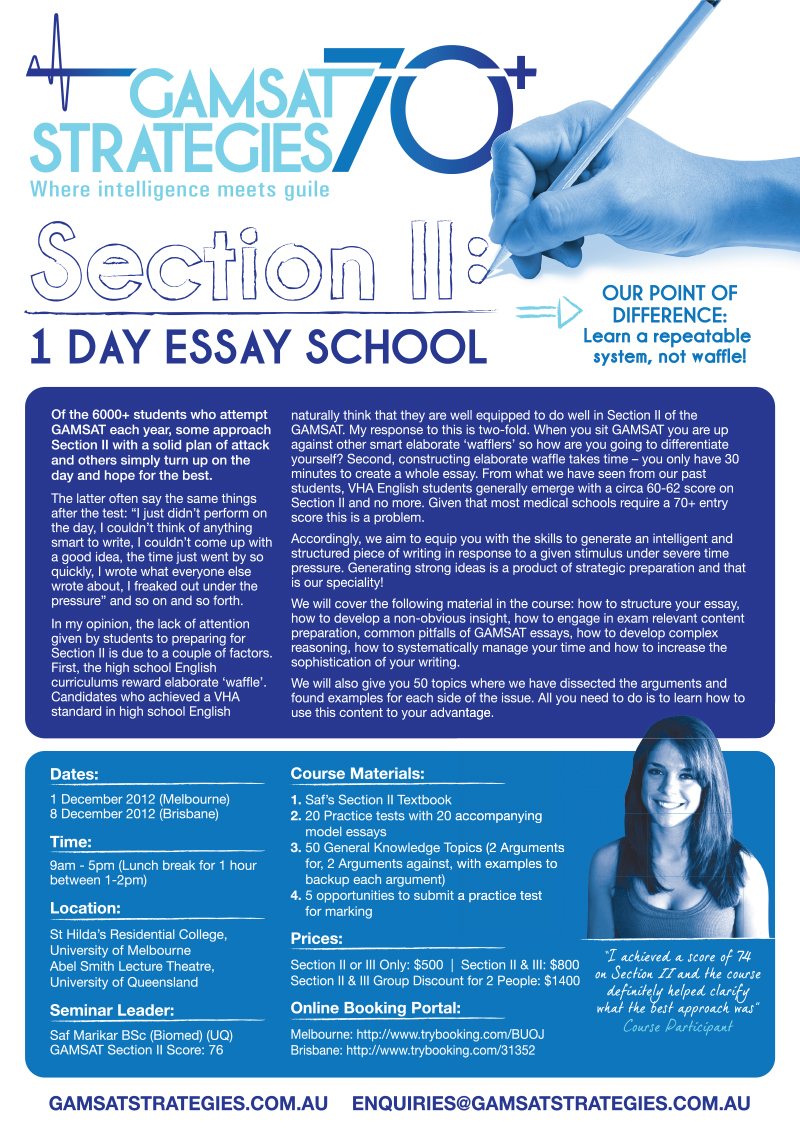 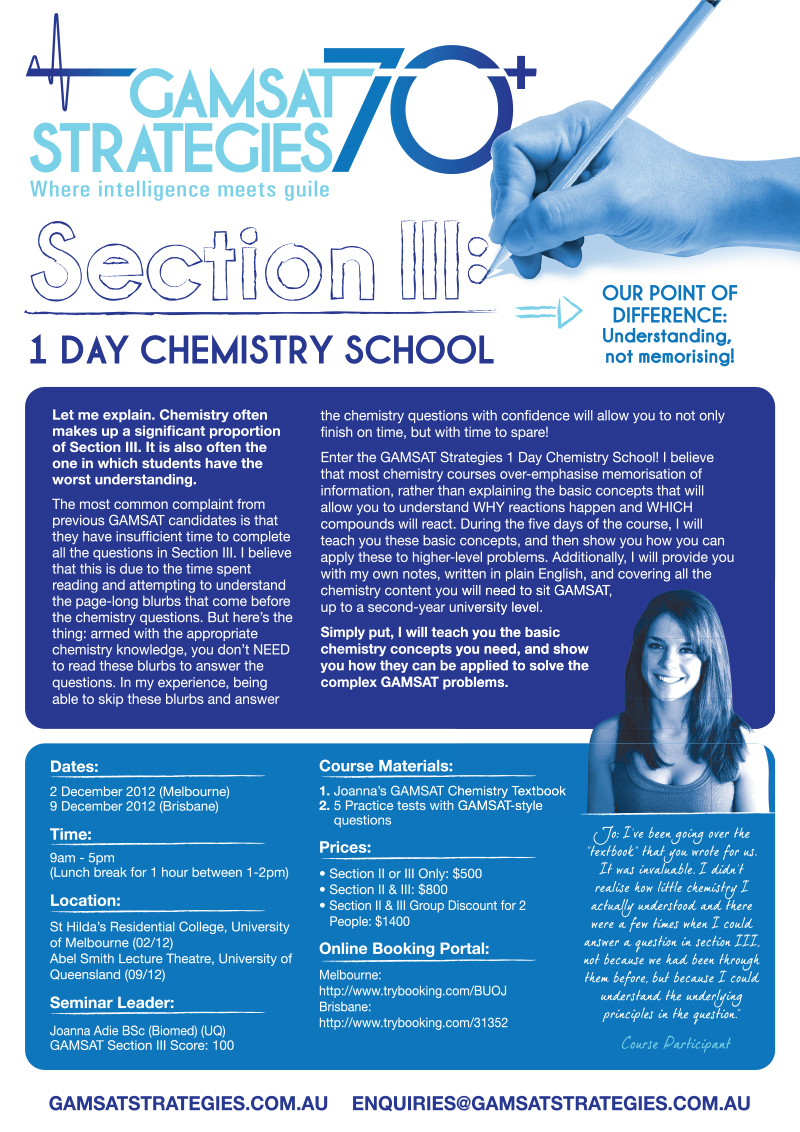 Posted by GAMSAT Strategies - Section II at 9:10 AM